What is a hard drive, and how does it work?

A hard drive, also known as a hard disk drive (HDD), is a hardware component made up of magnetic disks that rotate at high speeds. It is a non-volatile secondary storage device used in a computer system. It stores all kinds of digital data—pictures, documents, videos, music, programs, and even operating systems. A hard drive can be internal or external and uses magnetic polarities to store and retrieve data. The data that it stores is permanent and stays even when the machine is turned off. All computers have internal hard drives, but external hard drives can also be used for storage expansion.

How does a hard drive fail?

There can be different causes for a hard drive failure.

Other Reasons to Destroy a Hard Drive

The hard drive of a personal desktop computer or laptop being used at home or office may have sensitive or confidential information like bank account numbers, credit card numbers, and login and password details of different websites. And this information can endure the drive failure and still remain on it, even after erasure or reformatting. When you want to sell, recycle, or donate your system, or replace your hard drive, you need to be absolutely sure that none of your private and personal information is present on the hard drive. The ideal way to do this is to destroy a hard drive. You need to know how to destroy a hard drive. Wiping the drive’s contents and dismantling its parts ensures not only hard drive destruction but also ultimate security for your data.

Before you want to give away or discard your hard drive, you must ensure your drive and the data on it are properly destroyed. You can use the expertise of a hard drive destruction service for permanently removing the data stored on your drive and effectively destroying it. They will utilize a hard drive shredder to shred your drive into a huge number of pieces. Or, you can destroy the drive yourself if you know the best way to destroy a hard drive. You may be able to complete the process in a few steps.

This is the first and the most important step in the process of destroying a hard disk permanently. You must back up all the data you want to keep, be it photos, videos, music, application preferences, software product keys, or drivers, etc. When you wipe your hard drive, you will lose everything on it. You can back up the data files by cloning the hard drive or by copying and pasting its files to another disk.

The next step involves erasing the hard drive data. You can use data wiping software to permanently erase the hard drive. Disk data wipe softwares like DBAN, KillDisk, CCleaner, Disk Wipe, etc., overwrite all the deleted drive files with incomprehensible data and zeroes, leaving no chance for data recovery. Most of them also provide proof of data destruction.

Physical hard drive destruction makes the data unrecoverable. You can do this in a few ways. Remove the disk drive and take a rare earth magnet near it; the magnet can deform the metal plates in the disk and make it unusable. Alternatively, you can dismantle the disk using a screwdriver. Drilling, piercing, bending, or crushing the hard drive can also be done to physically destroy it. 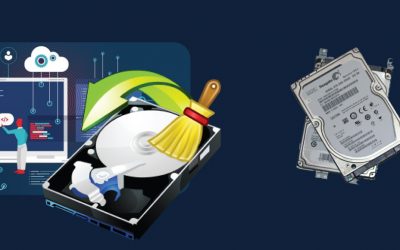 How to securely erase your hard drive? Or Risks of not wiping hard drive properly: 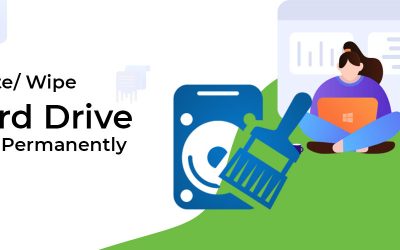 If you have any questions or queries about IT equipment buyback services, feel free to contact us by Telephone, Email or Requesting a Quote. We'll be happy to assist you.